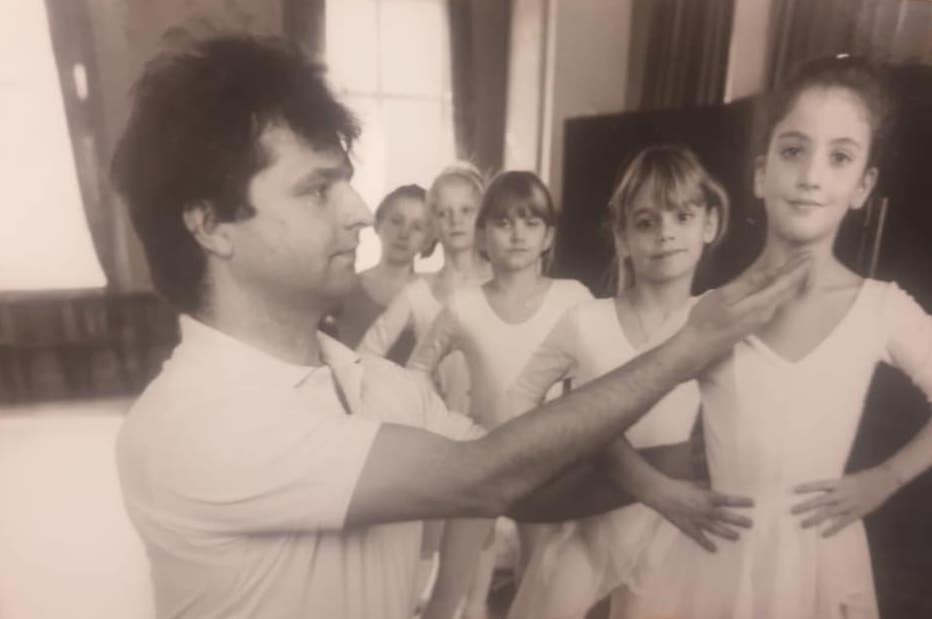 Creation of the ballet ensemble

In March 1989 Michael Fichtenbaum, former Vienna State Opera dancer, founded a private ballet school with a focus on VOCATIONAL EDUCATION. Already in spring1990 The Doll Fairy was performed for the first time and Michael Fichtenbaum and the wife of the then mayor, Hermine Gruber, founded the youth ensemble BALLET JEUNESSE HIPPOLYTE. The integration into the state capital's music and art school took place in 1992. The foundation for many successes in the future was laid in 1993 with the collaboration of renowned choreographers such as Renato Zanella, Yuri Grigorovits, Peter Breuer and above all the exceptional dancer Vladimir Malakhov. 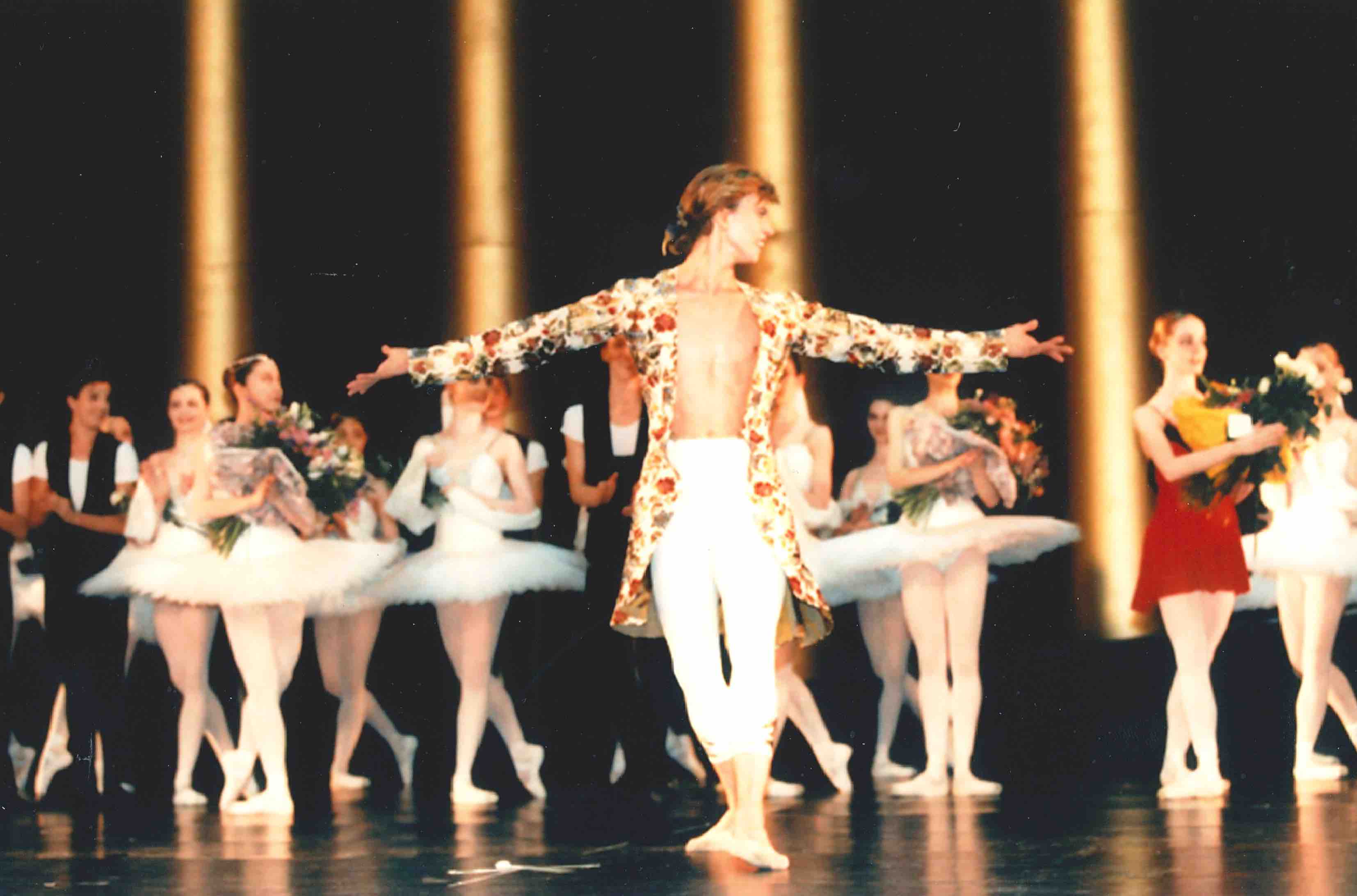 The start of the cooperation was marked in 1994 with the opening of the festival weeks at the VAZ. With the renowned John Cranko Ballet Academy (cond. Alex Ursuliak) the production APOLLON, choreographed by Renato Zanella, Vladimir Malakhov and the Ballet Jeunesse St. Pölten, was presented to the general public. The following first Asia tour was the entry into the international ballet scene. The Malakhov and Youth Gala in the Festspielhaus St. Pölten was organised as an annual fixture until 2001, and several international ballet competitions were held in the Festspielhaus together with the Austrian Dance Council. 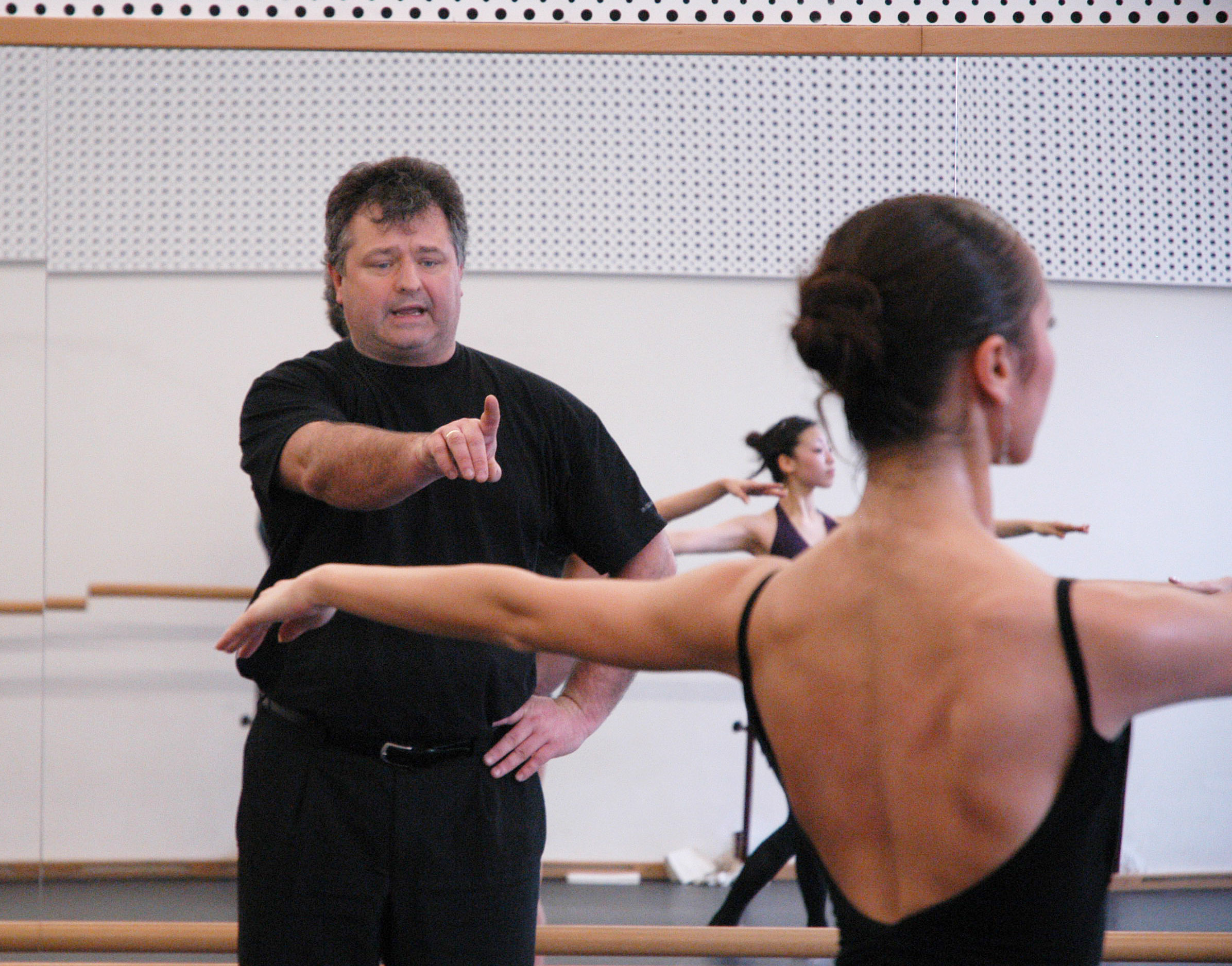 1996 - an important year - the construction work for the Ballet Conservatory in St. Pölten-Wagram was initiated. Only one year later, by resolution of the St. Pölten municipal council, the Ballet Conservatory with professional training was created and the move into a new ballet centre followed. The affiliated ballet ensemble was renamed EUROPABALLETT ST. PÖLTEN, in order to position the state capital as a medium-sized European city. Since then, St. Pölten and its ballet have been regarded as bridge builders and communicators to many European cities. Through its participation in international competitions in 1998 and 1999, the Europaballett has positioned itself as an internationally recognised ensemble. 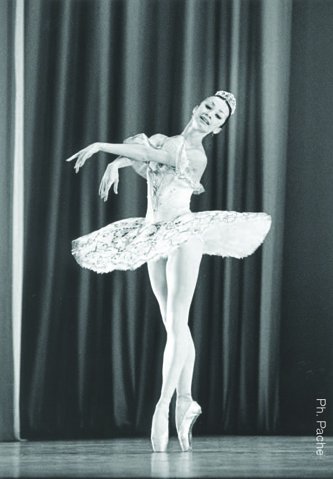 In 1998 the dancer of the St. Pölten Ballet Conservatory KARINA SARKISSOVA won the world-famous PRIX DE LAUSANNE and was promptly engaged by Renato Zanella at the Vienna State Opera. She was followed shortly after by KIRILL KOURLAEV - 1st solo dancer at the Vienna State Opera. In 2002 we were delighted to win 1st prize at the "Young American Grand Prix" with Maria Abashova, who is still successfully performing as 1st soloist in the ensemble of Boris Eifman, the St. Petersburg Ballet Theatre. Kristina Kantsel won in the MODERN category and was engaged to the Salzburg Ballet Ensemble under the direction of Peter Breuer. International performances and a further competition, at the WORLDCUP DANCE in Hollywood/Los Angeles with Roxane Timoshenko contribute to her international reputation. 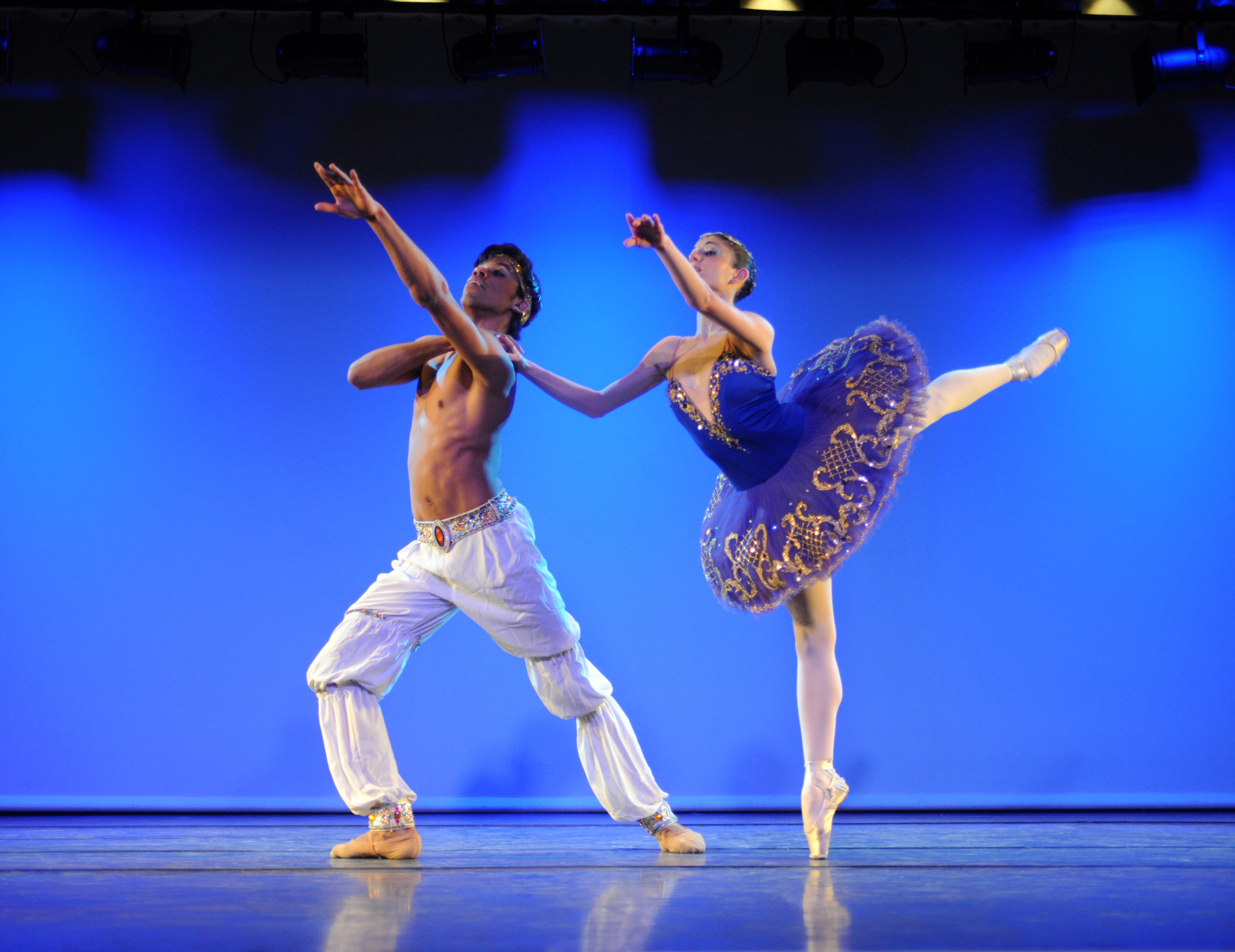 Engagements &
Theatre of the Ballet

Since 2007 the Europaballet St. Pölten has been dancing all dance scenes at the Operettensommer in Kufstein. Michael Fichtenbaum performed among others the choreography of Die Fledermaus under the direction of Helmut Lohner. With the China Tour, the European Ballet brought Austrian cultural assets to Asia. In 2009 we conquered the American stage with Salute to Vienna. In 2010 the doors of Canada opened up for us with just this program. With the foundation of the Theatre of the Ballet in 2011 the foundation stone was laid for numerous productions in the future. Since 2011 ballet productions such as Romeo& Juliet, La Clemenza di Tito (ballet), Wiener Bonbon, Souvenirs from Vienna, La Boheme (ballet), Etudes, Fuego, Gayane, Giselle, The Song of Songs, Cinderella, Amore e Potere, Sleeping Beauty, The Doll Fairy, Little Red Riding Hood, The Little Prince, The Nutcracker, New Moon, Peter Pan, Rock it ballet (four cycles), Falco - the story, La Connessione, Myth Rolling Stones, Austro Pop and Ballet, Laus Deo, Amade, The Kiss - silk wraps..., Fantasia, Soluna performed nationally and internationally. We dedicated our own ballet evenings to the composers Rossini, Mozart, Bizet, Tchaikovsky and Prokofiev. 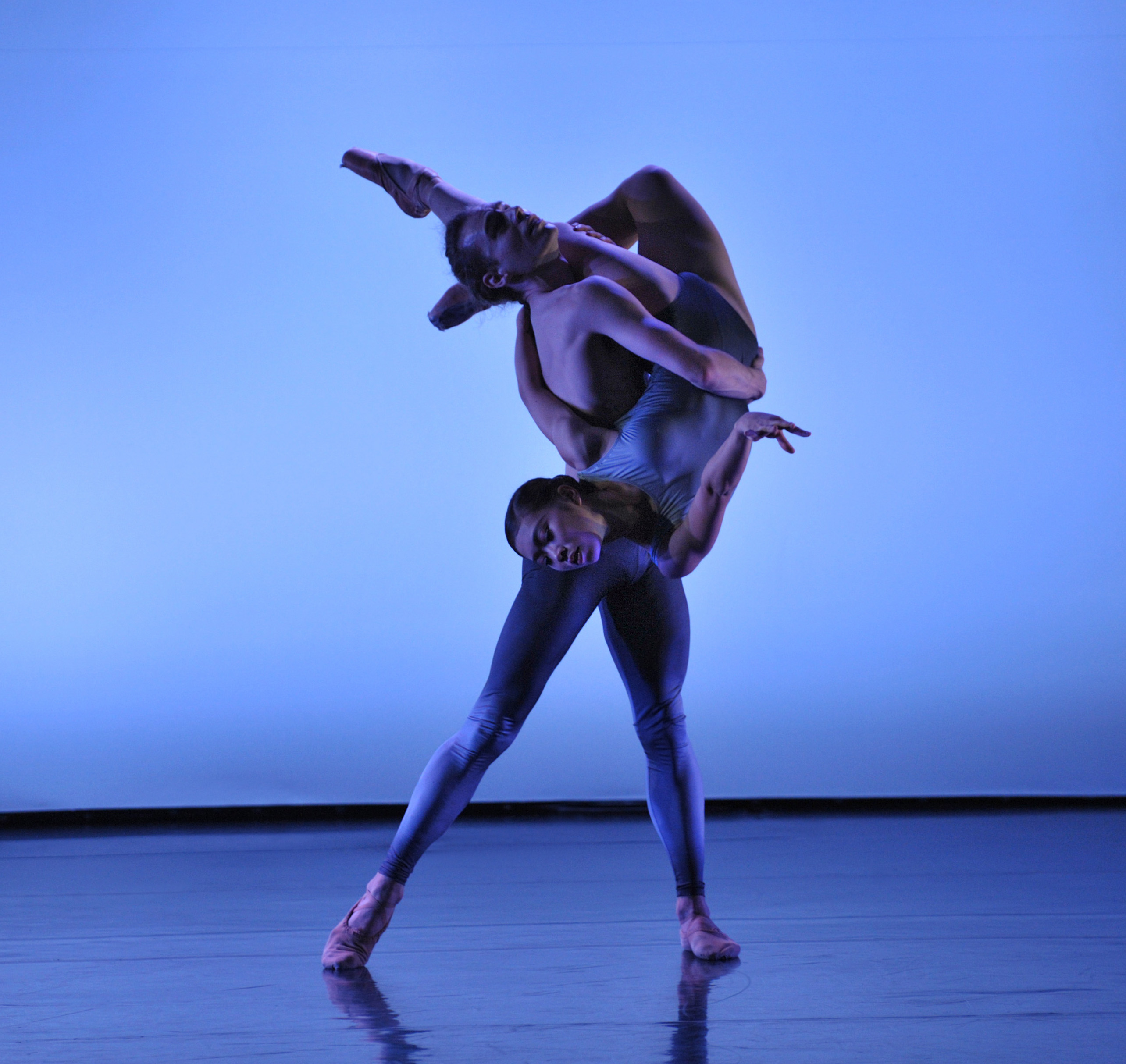 In the years 2011 to 2013, guest performances took place in Russia, America, Canada, Japan, Malaysia, South Africa and also in many major European cities. In the Theatre of the Ballet up to 15 productions are performed in each season. Performances for children and young people contribute to cultural promotion. Tours through America and Canada are now a fixed component of the annual programme. In the summer the ensemble goes on tour and dances at the Operettensommer in Kufstein, the music festival in Steyr and also in Thalheim Castle. In 2016 the ballet followed the call of the Salzburg Festival and made a valuable dance contribution to the opera Die Liebe der Danae. In 2018 the ensemble danced at the Vienna State Opera and has since then been engaged again and again for various productions.
With the Eurotour, the Europaballet has been networking Central European cities since 2017. In 2019 the Vienna State Opera engaged the Europaballet for the opera production Les Troyens.
In 2020 the Europaballett was again engaged by the Vienna State Opera for the presentation of the dance scenes of Madame Butterfly. In 2019 the company danced very successfully in the production Amade by Renato Zanella at the Serbian National Theatre in Novi Sad. 2021 we dance the world premiere of the ballet Madame Butterfly by Peter Breuer in the European Capital of Culture Novi Sad.
We also dance several times a year in the Croatian National Theatre OSIJEK The Nutcracker as well as the popular AUSTRIA BALLETTGALA of the EUROPABALLET. There is a very good artistic cooperation with the theatre in Sopron. Swing & Tango and Stabat Mater have been performed together more than 40 times. 2021 we will dance the new production Farinelli in the Rock Theatre of Sopron.