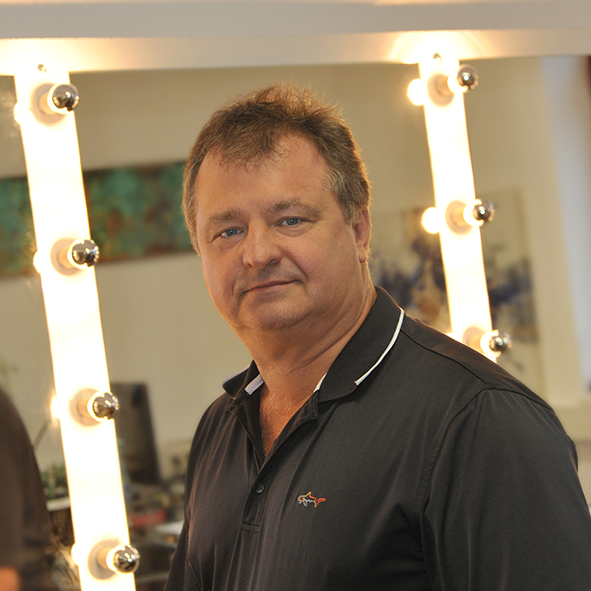 "I see my artistic mission in building bridges that connect cultures and countries, in a time when bridges are more likely to be torn down than built. My message: The European Ballet acts as a cultural messenger that unites people without borders. He danced with ballet stars like Rudolf Nureyev, Paolo Bortoluzzi, Mikhail Baryshnikov and Judith Jamison on the stage of the Vienna State Opera as the youngest member of the State Opera Ballet. Soon, however, he discovered his true passion - ballet education. Already at the age of 30, he was aware that choreography and pedagogy were his artistic creativity and true muse. This laid the foundation stone for the European Ballet.
In 1991 he managed to realise his vision. With the support of the then Mayor Willi Gruber and his wife Hermine, he founded the present Europaballett (originally Hippolyte Ballet Jeunesse). One year later, then until today, with the support of the city of St. Pölten, the professional ballet school with ensemble and affiliated company. The special gift of recognising the talent of young dancers and fostering their spirit was the driving force behind the founding of the Ballet Conservatory with professional training in 1997. Youth work has always been and still is the essential part of his philosophy of life. For Michael Fichtenbaum it is important to win world stars for performances with the European Ballet again and again. In the past, these have included stars such as Vladimir Malakhov, Diana Vishneva, Andrei Batalov, AnastasiaVolochkova and many others. The awarding of the 2011 National Culture Prize was a recognition that showed ballet director Michael Fichtenbaum that his path is the right one. The foundation of the Theatre of Ballet in 2012 was the logical consequence.